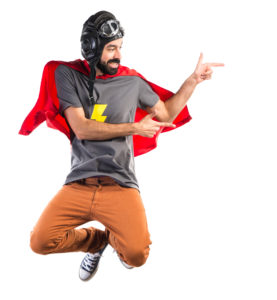 As a professional in areas of behavior and psychology, I have a natural inclination to explain people’s decisions based on their beliefs, personal history and their social situation. But there are cases where I just believe most in the physical part of it than the psychological.

One of these cases is sugar addiction.

Sugar is bad for you. Really bad. There’s not much disagreement on sugar’s dangers and its influence on a human body. Refined sugar acts as if it was cocaine on your body, and not just making you terribly addicted to it, but also making you sick. Here is what Harvard professor says about sugar:

So, if we know that sugar is extremely poisonous to a human body, what can a behavioral designer advise on that matter? Behavioral designers won’t accept a total ban of sugar. And it’s actually quite wise, because as experience shows, people come back to their old ways of living after long periods of sugar bans. Why do they do that? I mean, why would you buy sweets and chocolate if you have not eaten it for several years? There must be an explanation.

I believe it’s because of the addictive nature of sugar on your body. You can’t “get off it”. You will always be attracted to it in some way. This is why I don’t believe, that behavior is the solution to this worldwide problem. The solution is hidden in your neurophysiology.

As soon as you eat sugar or sugary foods, you get a response in your system: first your blood sugar spikes up like crazy, then the insulin gets released trying to get all the glucose into the cells. If it was a single sugar spike, it’s OK, but if you get those one after another, you wear off your pancreas and one day you won’t be able to produce enough insulin to fix your sugar consumption.

So how do we fix sugar consumption and get our health under control?

There are two ways, and I think you must follow both to succeed. The first way is they neurological one: get away from the sugar and its forms to make it leave your body for good.

The other way is of a behavioralistic one: it’s realistic and the one you may listen to before you decide to go 100% sugar free. You should do the following:

The neurophysiologists advice would be to substitute sugary foods with other foods that give you (almost) the same enjoyment as sugar. This is the advice that Duhigg gives in his book on habits. If you want sugar, eat a date or some other food that is good for you but that won’t get the same effect on your body as refined sugar.

I am an advocate for a total ban. Hell, yeah. If I were a state or a country, I would ban added sugar in all the foods sold on my territory. Maybe it’s controversial and I’d get problems with big companies, but I’d hold on to my integrity and my healthy choice.

I actually do it at home. I live in Denmark and many people don’t understand why I give my children fruits and berries instead of candies. I can live with this misunderstanding. I like to tell people why I made this choice and I like to tell them why it’s good for us to eat fruit instead of sugar.

If you want to get off sugar, you need to get rid of the sugary foods at home, shop for some healthy substitutes and get involved into a network of people who do the same. Or do it on your own and be proud of it.

Non-adherence in diabetes patients – what can be done? 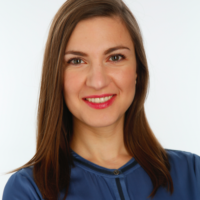 My name is Natasha, I'm MSc in Business Administration and Psychology from Copenhagen Business School.

I write about behavioural insights applied on different parts of life.